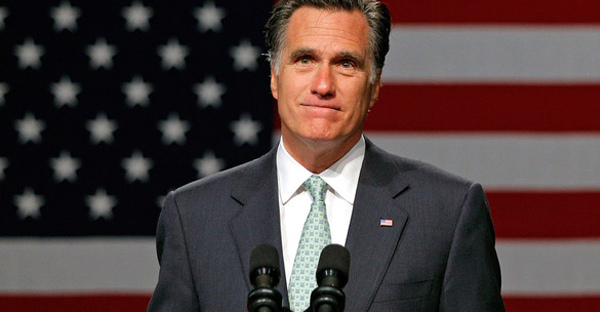 An exclusive report by The Halfway Post shows detailed receipt records as well as photographic evidence that former-Governor Mitt Romney has been doing President Donald Trump’s laundry since the November interview meetings in which Mr. Trump pretended he was thinking about tapping Romney for the position of Secretary of State.

Mr. Romney had previously made negative comments about the authenticity of Mr. Trump’s personal character, and had campaigned for other Republican candidates during the primary, which made the speculation that the two might forget the bad blood in order to work together surprising.

President Trump has a long record of admitting he is enamored with getting revenge on people he thinks have slighted him, and wasting both of his and Mr. Romney’s time on fake secretary interviews fits right into his character.

“I love getting even,” said Mr. Trump, in his book “The Art of the Deal” in seven different chapters. “Vengeance is literally the only emotion I feel anymore—I’ve lost the sense of smell, food and drinks do nothing for me, I’m not even interested anymore in Ivanka sitting on my lap. I want only pure, unadulterated retribution, and it’s like drinking virgin blood for me.”

However, merely leading Romney on for two weeks appears not to have been enough for Trump’s ego.

“It’s so sad watching Romney come to the White House every Friday to carry away a sack of dirty clothes, and then bring it back on Monday morning,” said White House janitor Jack Grayson, who lets Romney in at the crack of dawn to deposit the cleaned clothes. “And I’ve seen Mr. Trump do disgusting, terrible things to his laundry just to make each weekend a worse experience for Mitt. If I can be real with you, I think the things he does to his laundry are impeachable offenses.”

It’s not clear what agreement the two Republican leaders have, but a White House staffer who has requested anonymity speculated that Mr. Trump has promised a second-term cabinet position.

“It’s just so painful to watch, especially with all of the Russia-collusion scandals currently being investigated,” said the staffer. “Honestly, coupled with Trump’s obvious disdain for this job and lack of interest in the work, I don’t think there’s going to a be a second Trump term. I think Romney is once again being suckered. It’s just so degrading.”

The White House communications staff would officially neither confirm nor deny the story.

(Photo courtesy of From Sovereign to Serf.)