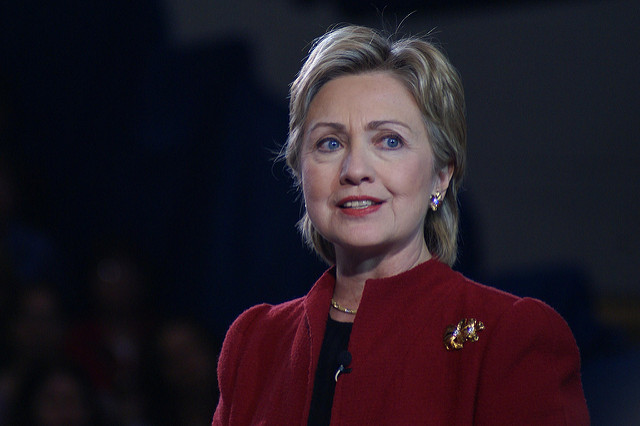 The World Series this year was a climactic one, but some conservative Dodgers baseball fans are skeptical of its fairness, and they believe that it was rigged by Hillary Clinton.

“Hillary Clinton has her octopus tentacles everywhere, so I’m pretty convinced Killary rigged the game somehow,” local Trump voter Alex Damienne told The Halfway Post. “I watched the whole series, and I found clues everywhere of Hillary’s involvement, from the players’ uniforms, to random people in the crowds, to even the side food options offered at the LA stadium concession stands—clues everywhere!”

When asked what those clues were, Damienne refused to share, citing Hillary’s murderous revenge against leakers of her crooked plots.

“All I will say,” explained Damienne, offering no proof, “Is that I’m sure Hillary made a billion dollars off of the World Series by rigging it.”

Conservative voter Lorie Beckman also wrote to The Halfway Post, explaining that she is convinced Hillary colluded with Vladimir Putin so that the Astros could win.

“Everyone knows Hillary is on the Russia payroll, and that Bill Clinton is full Russian himself—“ begun Beckman’s letter before the letter was put in The Halfway Post’s tub of delusional letters.

We here at The Halfway Post were very curious as to where this obviously made up controversy was coming from, and then one of the letters regarding the World Series “rigging” mentioned Alex Jones. We checked Jones’ show, and that explained the letters we received.

Jones in a recent radio rant rambled on and on about the “immigrant Astros” not being American, so Hillary Clinton cheated the series for them to win in order for our reptilian overlords to finance the secret FBI plot to turn all the frogs gay.