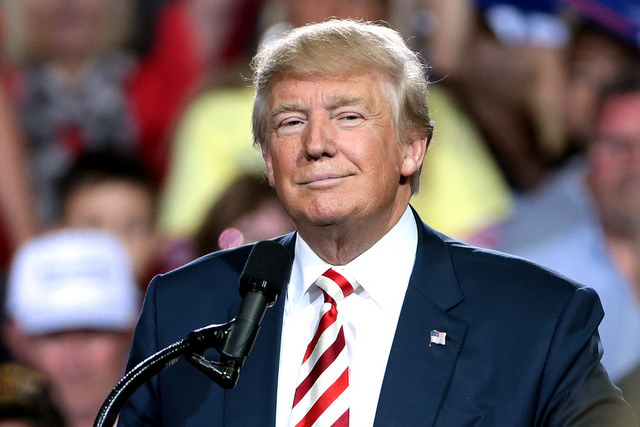 Donald Trump is quickly rising in the ranks toward the designation of “Worst American In History,” and Trump’s conspicuous ego problems are not allowing him to admit fault, correct course, or even try harder at not looking like a racist when he discusses white supremacy rallies.

Trump got rich screwing over virtually every person and company that ever worked with him or for him, and he doesn’t willingly pay contractors who build his real estate properties.

He’s been involved in, literally, thousands of lawsuits, including one where the US government alleged he was racistly excluding black people from his properties, in which he settled and claimed victory—despite the fact that rich people who adamantly claim they are innocent do not ever have to settle unless, really, they are guilty.

Trump spends all day every day talking about himself, no matter what happens to the nation. No matter who is victimized, he is a bigger victim. He is a compulsive liar, and an egomaniac narcissist. He’s literally the shittiest person on Earth right now, and he has access to nuclear weapons.

He’s so offended when people accurately identify his awful personality accompanied with a record-breakingly low approval rating that, in order to feel historically significant, he just might start a nuclear war with North Korea, or invade Venezuela, or bless the neonazi awakening America is facing right now, or start another civil war if he loses Election 2020. You can’t tell with this guy because he’s a dick.

And he admits even this. He thinks its funny that he punched a teacher in grade school. He’s admitted for decades that his driving life force is thirst for vengeance. He forgives no one, and returns none of the loyalty he demands from his underlings. He will throw anyone under the bus, doesn’t matter who, if he feels threatened or sensitive. The only people he refuses to condemn or insult are Vladimir Putin and his dressed-like-Trump-golfing white supremacist supporters, which says a lot.

The only clue to how he turned out so shitty is his admission that his dad was a terrible dad growing up. His dad also may have been a KKK enthusiast, since he was arrested following a KKK rally. And someone had to teach Donald racism, right? So we can all agree, screw Fred Trump, right? He really screwed us over with Donald. If Donnie starts a nuclear war, it might have been prevented if Fred just kissed little baby Don once or twice. Fred Trump’s aggressive and harsh parenting made the world a much worse place.

But don’t let this excuse Donald’s behavior. Donald should be able to read the room in America and resign already.