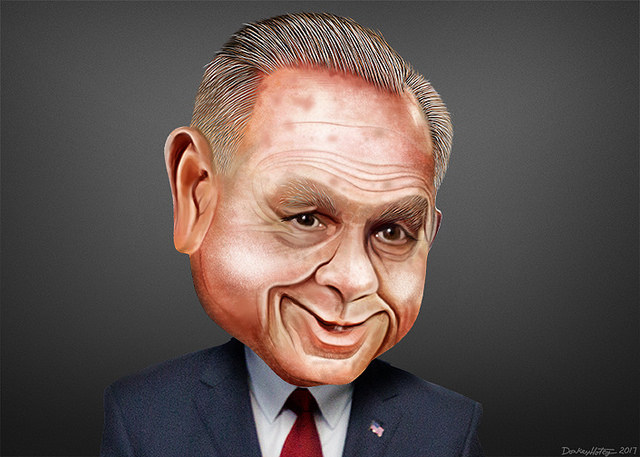 The Alabama special election to replace Jeff Sessions’ Senate seat ended in a victory for Democrat Doug Jones last night, and it has been a wild ride because Judge Roy Moore was very confident God was on his side.

Moore reportedly feels very let down by God, but God offered a rather profane take on the special election.

“I am so sick of Republicans always saying they think they know Me and know what I want,” God told The Halfway Post in a phone interview this morning. “I stopped supporting Roy Moore before he came out of the womb. I also stopped being a Republican in the Nixon presidency, and I wish the GOP would stop telling everyone they speak for me. I’m a Bernie guy now. This doesn’t get reported, of course, but every little girl Roy Moore touched inappropriately I got to kick him or knee him square in the nuts. No one’s talking about this is in all the accusations, but the reality is that Roy Moore’s balls don’t work anymore. And let Me just tell you, that when a 14-year-old girl is kicking a creepy old man with the clear and overwhelming momentum of almighty God, those little feet are packing some real heat. I had one of the girls Roy Moore tried to pick up in the mall kick him so hard in the family jewels that her foot broke the sound barrier. All his sperm have been smashed, literally, to Hell. Just saying. His balls look like shriveled up little grapes. Why do you think Moore is not conceding? He literally does not have the balls to admit defeat. [Laughs.] I really crack myself up. I have to keep it light and fun, you know? Otherwise this whole omnipotent and omnipresent thing gets pretty boring pretty fast. Just wait till you see the karmic chain of events I’m setting into place for Donald Trump a la Mr. Bob Mueller. I’m gonna have Bob Mueller kick Trump so hard in the nuts that Donald Jr. and Eric retroactively cease to exist. [Laughs.] I tell you, being a monotheistic god has its perks, and the ol’ kick-in-the-nuts routine never gets old. And I’ve seen it literally 10 billion times.”

Thanks for the interview, God.