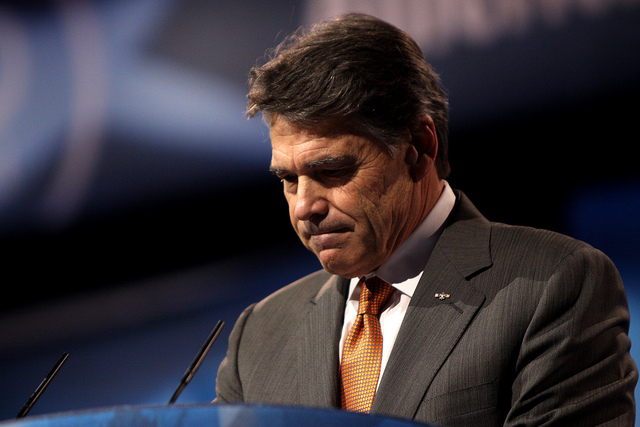 Former Texan oil governor and current Secretary of Energy Rick Perry went viral late last evening on Twitter after a lewd video emerged of Perry apparently on a romantic date with a can of gasoline at an Astros baseball game, and passionately passing second base and rounding third base but not stealing for home—metaphorically of course, as the scandalous behavior was conducted in the stands behind left field.

The video was captured by a St. Louis Cardinals fan just a few seats away, and it lasts for several minutes of the game’s 6th and 7th inning. The Halfway Post has considerately opted not to share the video as a courtesy to our esteemed readers.

The scandal is just one more frustration for Mr. Perry’s critics, who insist he is too cozy with special energy interests. In recent months, Mr. Perry has been photographed hugging and embracing well-known lobbyists for oil, fracking, and natural gas industries.

Critics suggest that Perry’s apparent love interest for oil is a conflict of interest that has prevented him from promoting future fuel sources and leading America into 21st Century power.

Mr. Perry has since denied having a pubic affair with a plastic canister of petroleum, and he has insisted she is “just a friend who shares his interest in hydraulic drilling”.