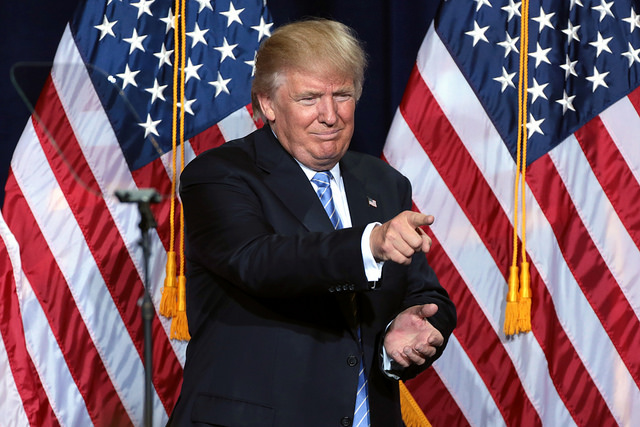 In a Trump Administration cabinet meeting this afternoon, President Donald Trump used time allotted for responding to the latest provocations of North Korea’s Kim Jong-un to instead reminisce about all the “tens” he met in Singapore from the North Korean delegation of diplomats in the previous summit both had attended.

“It’s the most amazing thing,” Trump said according to reports of the content of the meeting. “Everywhere you look the North Korean women are so skinny. They must exercise a lot or something, or be really committed to their diets, because they’re all very, very thin. I tell you, maybe America should have a famine, too, cause it’s working great for North Korea. America has a lot of 5’s, I’m talking a lot of 5’s, and a lot of them could easily get up to 7’s if they just got in shape a little more. If they lived a little more like North Koreans. I complimented Kim Jong-un in our meeting on his women. I said he oughta let me have a Miss Korea beauty pageant. It would be so big. I’m sure Vladimir Putin would want to help out, maybe be a sponsor. Maybe we could even have a South Korea versus North Korea thing—all in good fun of course. It would be good for me, it would be good for Kim, and it would be great for all those North Korean beauties. We could be co-judges, me and him, how about that? Wouldn’t that be great? Me and Kim? The Fake News wouldn’t admit it, but I’d be the first sitting US President to judge North Korean teens in their swimsuits. Isn’t that something amazing? I even said North Korea could win it. Why not? And that is a good deal, ladies and gentlemen. It makes Kim really happy and justifies his presence on the world celebrity stage, and the North Koreans are happy cause it makes them look good, and then America gets… uh… oh, crap, what does America get? Damn, I should have demanded something. Man! I totally didn’t get any concessions at all! That would have been a good time and place to demand the end of their nuclear deal. Wow, I really blew the negotiation, didn’t I? Sorry everyone, not my best work. Oh well. I’ll still get paid by Kim. And Putin. And the Chinese. Especially the Chinese. And I’d get to do another one of my famous teenager locker room walk-throughs, those are always hot. Being famous and rich and shameless is so great, everyone. Okay, so what were we talking about? Jeff Sessions, that’s right. Jeff Sessions was such a baby and this Mueller stuff never would have gotten so far if that redneck, marble-mouth Southern inbred had just unrecused himself like I wanted. I mean–Jeff Sessions always took my orders and followed them. Nobody ever didn’t follow my orders. Why is everyone in the fake news media saying no one follows my orders? Sean? Hannity, if you’re listening, start saying on your show that everyone always follows my orders and more people follow my orders than any president of all time. These gerbil brains gotta forget how many times my underlings like Tillerson, and McMaster, and Kelly, and Bannon all called me an idiot moron. Trump out.”