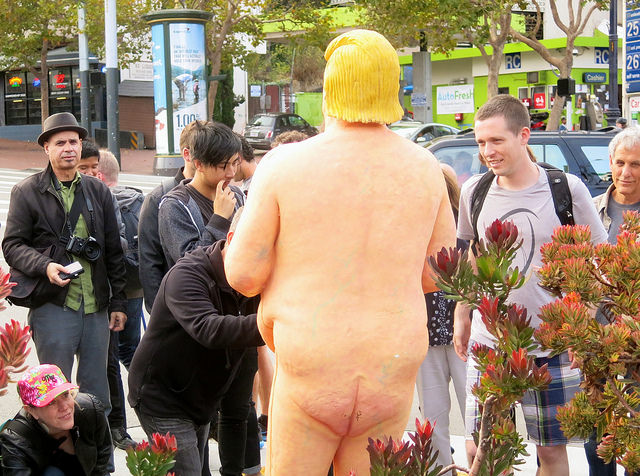 A local St. Louis clinic of therapists has offered free therapy sessions for any and all adult film stars who have had a sexual relationship with President Donald Trump.

“I have no doubt that the act of having paid sexual intercourse with Donald J. Trump is a frightening affair,” explained Malcolm Mendel, M.D., the clinic’s head doctor. “And, unfortunately, the adult film industry makes a lot of money, but the stars themselves often have trouble receiving a steady paycheck. I’ve heard that Stormy Daniels’ popularity is surging since the bombshell reporting came out about her nondisclosure agreement and its fat sum of money, however, my strong Christian faith has made it very clear to me that I ought to do something to help the struggling victims of Trump’s naked body who were not able to sign any lucrative NDA deals. Some, no doubt, have suffered lasting mental and emotional damage.”

The clinic has six participating doctors in total, and their offer for free therapy sessions is good for the whole year of 2018.

“The offer stands also for the Russian women in Moscow who reportedly were forced into pee-related sexual games in pursuit of Russian kompromat on the President,” said Mendel. “They may have been acting against the national security of the United States in their effort to compromise our chief executive, but my Hippocratic Oath demands that I offer my services to those who truly need it. Certainly those Russian women went through a taxing ordeal, and quite possibly are suffering right now the lingering effects of PTSD. The doctors of my clinic have all agreed that it is our duty as medical guardians to help all the women who have been negatively impacted by the President’s naked body get the therapeutic assistance they need.”

If you have been impacted by the President’s naked body and scandalous sex life, Dr. Mendel insists you contact his St. Louis clinic for help. You are not alone, and it is not your fault.