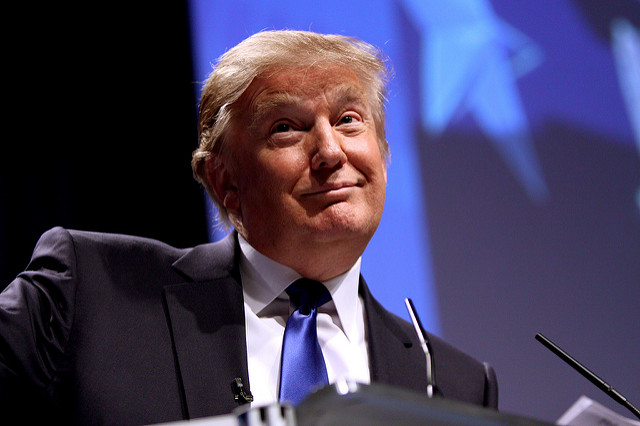 President Donald Trump’s first year in office has been objectively terrible, offensive to humanity, and negligently ineffective. Every day he’s yielding more to his fascist tendencies, and he’s hard at work ruining the post-WWII, American-led world order that has benefitted American citizenship for decades. He also has a terrible personality, and is the personification of everything that is wrong or superfluous about American culture.

But while we reflect on his general awfulness, we must remember that Mr. Trump was born in 1946, a full 32 years before America stopped widely using lead-based paint in homes in 1978. Trump’s home was certainly painted with lead-based paint, and it’s quite probable that little Donnie began every morning eating an unbalanced breakfast of paint chips while growing up.

We here at The Halfway Post have run the numbers, and we can confidently estimate the President has consumed not a paint chip fewer than 700 square feet worth of lead-soaked paint.

Trump has neither denied nor confirmed these speculations, but it’s not like he would want to deny them. Would he really like to admit that he’s such a sociopathic village idiot without having eaten any lead paint? We here at The Halfway Post wouldn’t if we were as big a moron as Donald J. Trump!

So next time you’re giving ol’ Donnie a hard time, just remember that he probably screwed up his toddler brain licking and sucking on the lead-filled walls of Trump Manor.